For Spring Break this year we stuck close-ish to home, just drove a couple hours away to Lowercase E Campground. Also known as Backwards-Number-9 Campground (that’s what the kids have dubbed it).

“Climbers call it Mecca, because it has such amazing climbing,” Dan tells me, when I ask what the real name of E Campground is.

“But what’s the real name?” I ask, exasperated.

“Well, the white men call it the Pahroc. The northern part.”

We like E Campground lots; it’s a short drive, for one thing, and there’s never anyone else there. Unless we invite them. Although we did see evidence of former residents during our stay…. some unwrapped candy hidden in curious places…

But we had the area to ourselves, even though we arrived late Easter Eve.
Although the dogs did not eat any broken Easter eggs, they did unearth a bunny burrow right in the middle of our campsite.
Much as the girls wanted to adopt the trio of baby bunnies (promptly named Shakes, Lucky, and Scrappers), we left them there with their mama. Sadly, that meant the dogs had to be tied up for the remainder of our stay to keep them away from the delicious, intriguing little things. We probably should have tied the kids up too, for the exact same reason.
The kids made a burrow of their own. For reference, here they are when viewed from the ground: 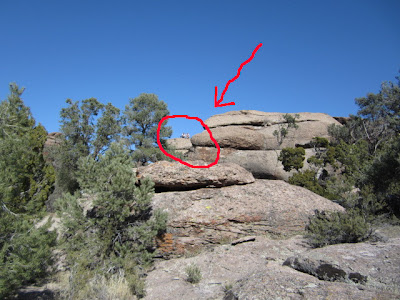 … and here’s the Kid Nest they made up there:
Before we leave, the girls love to complain about camping; once we’re there, they love the actual camping. Probably due to the all the shameless incentive/bribery junk food we slather on.
We spent a delightful four days with no cell reception getting progressively smellier and climbing rocks. Not necessarily in that order. 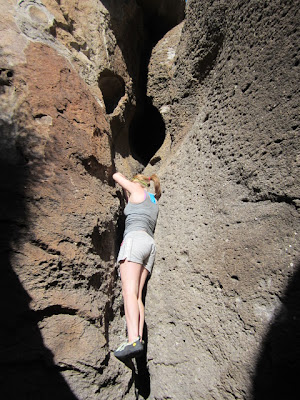 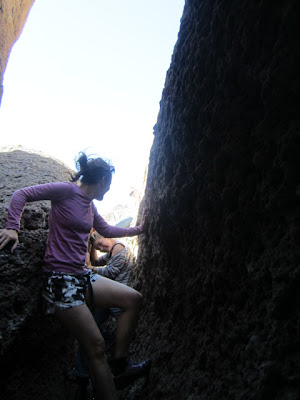 A good time was had by all, with just a little tinge of sadness at not knowing if we’ll make it back to E Campground again anytime soon.

The myth of positive stepparenting blogs